Third generation farmer Colin Murphy can not only trace his Otorohanga family farm back to 1915, and his family roots to the 1860s, but he and his wife Dianne were also the last working farmers of the family’s Maniapoto Friesian Stud, which bred pedigree Friesians for nearly 70 years.

“It was my grandfather, Conway Grey Murphy 2nd, and his wife Nellie, who started the Otorohanga farm in 1915, and converted to dairy in 1924,” says Colin, who is now retired.

It is believed that the Maniapoto Friesian Stud started in the 1930s, with the earliest records of their pedigree Friesians in the New Zealand Friesian Association Herd Book being in 1938. Maniapoto Beryl was among the first.

Conway 2nd passed away in 1940, and Colin’s father, Harry (Henry Charles), ran the farm for his mother Nellie until her death in 1959, when he took over.

In the late-1940s, Harry brought a line of Friesian heifers in from the Mahoe Stud in Manawatu. The animals were all brass tagged and Harry kept excellent records, noting both the sire and the dam.

“We’ve still got the handwritten stud book where we recorded everything from 1949 to 1984.” 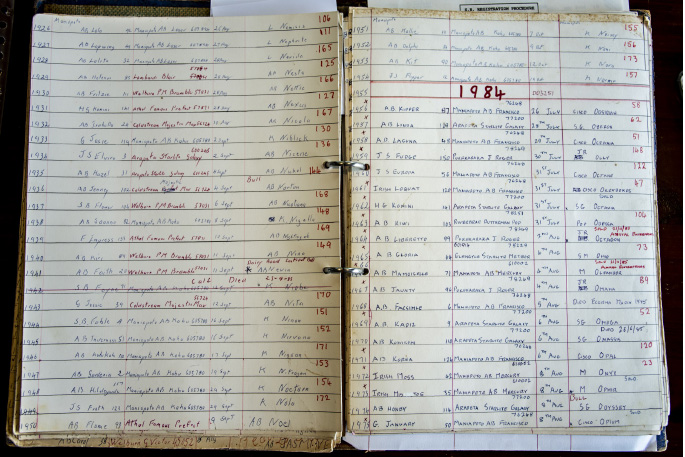 Sadly, a great deal of the family’s documentation, including older photos, were destroyed in the 1958 Otorohanga flood.

Colin has many memories, one of which is the homebred bull, Maniapoto King Starlight, who “took gates off hinges to get to his herd”, but once nose ringed and tethered was a placid beast that all the children, including Colin, rode on the farm.

Artificial breeding was introduced to the farm in the late-1950s through the Dairy Board. The Maniapoto herd was a closed herd, with only semen and a couple of bulls kept on the farm to finish off.

“The 200 acres had 120 pedigree Friesians and the calves were fed on the farm.”

During these decades, alongside the dairy platform, crops were grown, especially pampas in the early-1950s.

The farm produced cream and ran a piggery, feeding the skimmed milk to the pigs.

Colin, who worked on the farm alongside his father, owned a share in the farm with his wife Dianne after their marriage in 1970.

Colin persuaded his father to change to tanker pickup in 1972, eliminating the need for the pigs. This required an upgrade to the dairy shed to enable pick up, and a low line double-up, 10-aside herringbone shed was built.

“The farm was pretty self-supporting at this time. Milk and bobby calves went out, and semen and sometimes hay, was brought in.”

The farm supplied bulls to the New Zealand Dairy Board through the 1970s. A particular heifer, Maniapoto AB Augusta, was a “bit of a freak”. All her traits ticked the Dairy Board boxes and during 14 years she produced two heifers and 10 bulls. These were all Dairy Board sires.

Harry introduced the idea of taking a polaroid of the two-month-old calves, rather than the inspectors drawing a sketch of the calf’s markings.

Life continued into the 1980s pretty much unchanged, until Harry passed away in 1984. “Dad had done things a very set way for a long time, and once we took over we started to really bring the farm into the 20th Century,” says Colin.

Dianne, Colin’s wife, came to work in the shed. The couple redeveloped the farm infrastructure and went into the commercial side of milking. “We basically did 20 years of farm work in
seven years.”

Colin remembers an old farmer talking to his father. “He told him that if you have the choice between similar bulls, go for the one whose offspring have the highest fat count in their milk.”

Harry always refused to cull his pedigree cows, even if they were low producers. Colin took a different approach and culled several older cows, causing a significant drop in the herd’s high Somatic Cell Count.

Colin started to put his stamp on the breeding of the Maniapoto Friesians, spreading their genetic base using Ambreed.

On one page of the family herd book the handwriting changes from Harry’s to Colin’s is a poignant reminder of when Colin took over.

Colin introduced computer systems for the farm, with herd and pasture management, and an accounts program. This was used until the Dairy Board centralised every farm.

The Maniapoto herd was sold in 2000, when Colin and Dianne made the decision to retire. Despite letting 70 years of breeding go, Colin has no regrets. “Our children were not interested in farming, and the time was right.”

Much of the farm was sold to neighbours, and Colin and Dianne live in the farmhouse they built in 1976, on the remaining 100 acres. 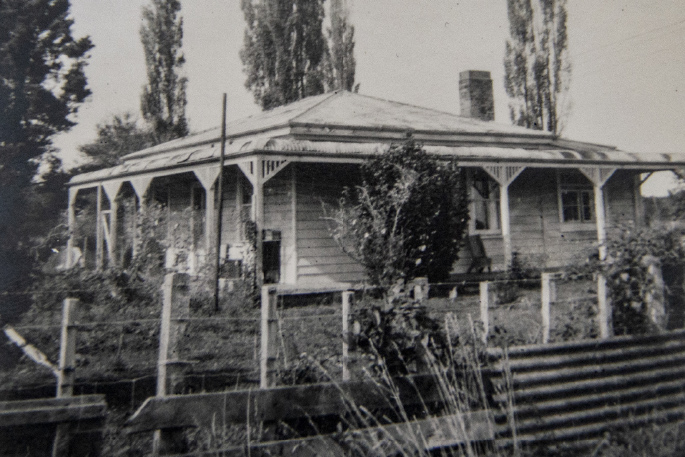 The original homestead survived the 1958 Otorohanga flood but was eventually condemned in the late-1990s.