Innesbrooke Farm, Paterangi, is part of the well-known Greenhill Farm that dominated the Te Awamutu area throughout the late 1800s into the early 1900s.

Katherine and Matthew Spataro now run a sheep milking venture on the land that her great, great, great grandfather, William Innes Taylor from Tamaki, acquired in 1872. The initial property was less than two hectares, where the original homestead once stood, with another 57ha acquired by 1873. ­

The land was farmed by William Innes Taylor’s son, also called William, and regular letters arrived weekly from Tamaki, with instructions and directions. ­The farm grew to 910ha by 1880, covering an area from Te Rahu Cross Roads to Te Awamutu, along Ngaroto Road and Paterangi Road to opposite Lake Ngaroto, then south along the Mangapiko River to the remaining block today. “My great, great grandfather grew wheat, oats and barley and large areas of cattle fodder and turnips, and a large crop of potatoes,” says Katherine.

Part of the community

William established a herd of Shorthorn cattle, which were his pride and joy for 50 years. Like his father before him, William bred ‑ fine Clydesdales, and had success in the show rings. “­The Taylors were an integral part of Te Awamutu society at the time, with many families still in the district today able to make connections to family members that had worked in some capacity for the Taylor family,” says Katherine.

William Taylor took a keen interest in the affairs of the district, serving on the Borough Council, County Council, a member of the Te Awamutu Cavalry and Presbyterian Church, and supporter of horse racing, polo, hunting and golf. William set his children, John (Katherine’s great grandfather) and Willie up on their own farms in the early 1900s, and his sons Frank and Allan worked for him on the home farm after returning from active service in World War I.

William passed away suddenly in 1923, and his wife five years later, leaving their family with the burden of estate duties and a huge farm in the Great Depression. Barbara Rushbrooke, Katherine’s mother, takes up the story from there. “With the family facing bankruptcy, the original farm was sold up, with my grandfather John managing to purchase back 151 acres of the original property on Paterangi Road,” says Barbara.

Following John’s death in 1951, the farm passed to his daughter, Patricia and her husband, travel agent, Jack Dill. “The land then started to be passed down through the females in the family. “My parents did the administration side and brought in a sharemilker to run the farm, but I was brought up there,” says Barbara. Barbara and her husband, Grant Rushbrooke took over the farm in 1979. “Grant’s family had a motor business, but we took a crash course in farming and took over the 165 cow farm,” says Barbara. The Rushbrookes managed to purchase more of the original family farm and build up to 85 hectares, increasing their milking herd to 360. 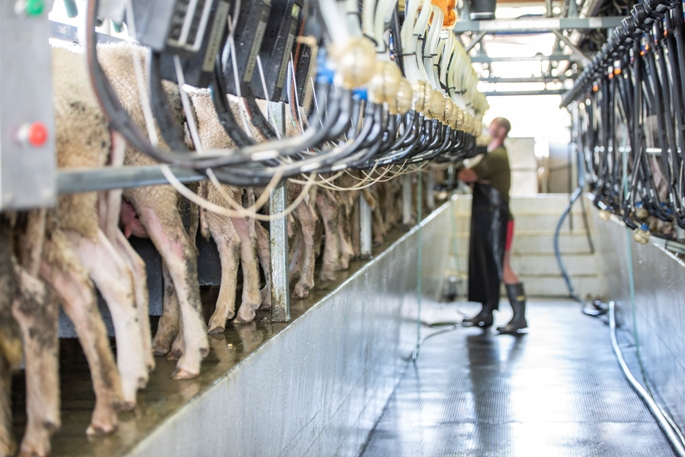 Grant began importing agricultural tyres in the mid 1980s, becoming the Michelin Distributor for New Zealand and later purchasing the Beaurepaires chain of tyre stores in New Zealand. “As our business interests expanded, we got managers in for the dairy farm, eventually selling the herd in 2015, and changing to dairy grazing,” says Barbara.

This is where Barbara and Grant’s daughter Katherine, who had grown up on the farm, but now lived the city life in Melbourne with her Australian husband Matthew, enter the scene. “Mum and Dad approached us to see if we wanted to take over the farm,” says Katherine. The couple considered various options before deciding to purchase the farm and then converting it to dairy sheep in late 2019. “Sheep are easier on the land, it ticked boxes for us as less intensive on the environment. “We looked at global trends and goat and sheep products were growing in demand, especially New Zealand made products which are seen as a premium product,” says Matthew.

Spring Sheep Dairy Co aligned with the couple’s values, and showcases New Zealand as an environmentally responsible country. “They supply the sheep, we supply the milk, and they process, package and market the product. “They are very strict with their suppliers, and are managed by a very diverse group of people that are able to see beyond just the farming side,” says Katherine. Just recently, the Spataros were also delighted to have been able to purchase back great grandfather John’s 1915 family homestead where Patricia, Katherine’s grandmother, was born, and use it as their family home. Another piece of the original farm back in the family.

Constantly learning and collecting data for their new career, Katherine and Matthew have finished their second lambing season, and are also excited to be welcoming a seventh generation member of the Taylor family to the farm in early 2022.