Thirty-six years on, Taupiri drystock farmers Peter and Gael Levin are reaping the benefits of the environmental work carried out on their 265ha property since its purchase in 1985.

“It felt very bare when we bought it, with a few established trees, and around five kilometres of the meandering Komakorau stream as its southern boundary,” says Peter.

The Levins moved the property from mixed use straight into Friesian bulls for beef. With 224ha effective the 94 paddocks are further divided in half during winter and the farm winters 470 cattle, half of which are rising yearlings and half rising two year olds. 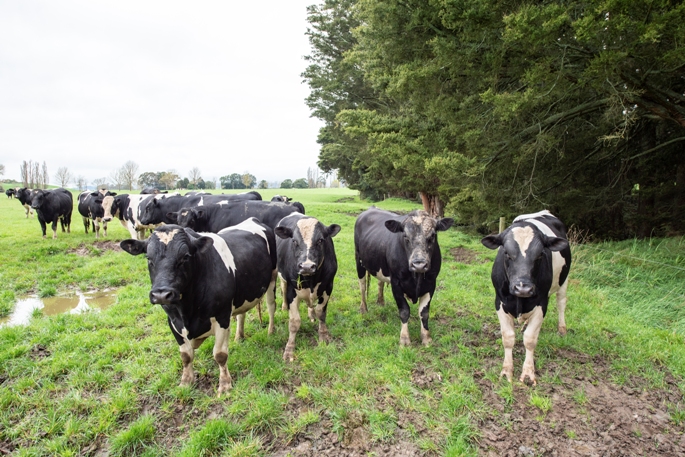 “The more stock we can winter, the more profitable the farm is,” says Peter.

By late spring stock numbers have risen into the 900s, with the purchase of weaner calves in autumn and spring, plus yearling bulls in spring and/or autumn depending on the season.

Farm manager, Phil Barton, has been with the Levins since 2002. He is the only worker on the farm, with 89-year-old Peter still very much involved in day to day operations.

The bulls are grass fed and the farm doesn’t conserve grass, buying in silage if required during drought.

“We use the stock as the management tool for the pasture, buying in more animals in the spring when grass is abundant, and looking to start slaughtering by Christmas as the grass growth slows,” says Phil.

Peter describes the farm’s soil as “a real Waikato mixture of everything, but with relatively good drainage, needing 28 units of nitrogen per ha in August, with boosts through the summer”.

“While stock numbers are lower than a high input farm, we minimise damage to our soils and pasture,” says Phil. 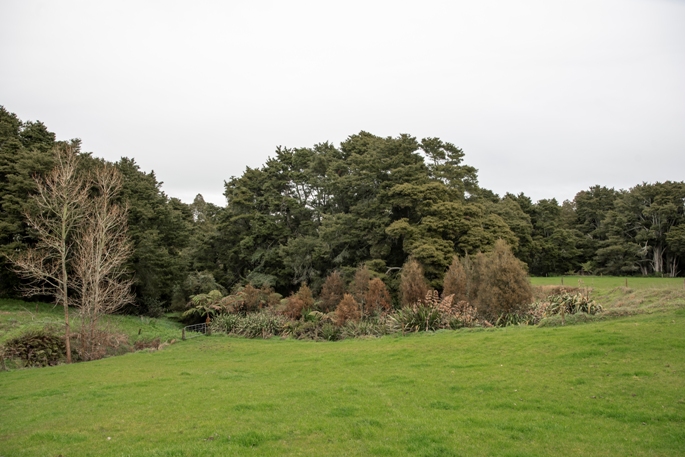 In the late 1980s, the Levins embarked in substantial planting and natural regeneration of areas of the farm. The long, meandering Komakorau stream boundary was fenced in and allowed to regenerate naturally.

“I believe in putting things back as they were,” says Peter.

Some added planting of lower plants such as flax and ferns in front of the larger established trees has resulted in a dense farm boundary, with no pasture within 20m of the stream.

Drains, gullies and smaller streams have all been fenced off and planted from scratch, and much of the 40ha of bush is QEII covenanted. Canopy trees planted 30 years ago, and established natives are now a peaceful sanctuary for native birds.

Where there are native birds, there are predators. Peter maintains 20 bait stations on the property, placed in the bush near the food source of bird eggs and baby birds.

“We mainly catch possums and wild cats, but we also want the rats to take the bait,” says Phil.

Peter remembers 15 years ago when numbers were higher and “you could easily shoot five possums on a walk with a .22 and a foxy”. 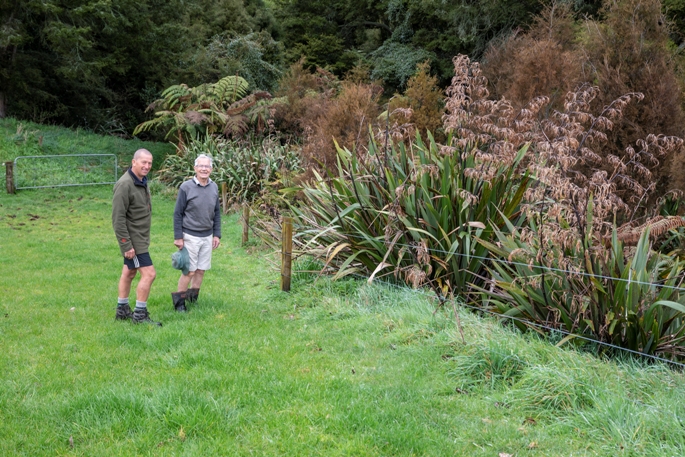 Animal welfare is high on the farm’s agenda, with meticulous record keeping.

One bore supplies all water requirements on the farm and is reticulated all 94 paddocks.

In winter an 18-day round is expected, but in summer it stretches out to 24 to 28 days, as stock numbers are reduced.

“We allow flexibility and it’s all managed around the animal welfare depending on the conditions,” says Phil.

Farm records highlight the last few summers of drought, with a noticeable drop in live weight produced, from the expected 1000kg to sometimes as low as 700kg. In dry summers, the bought in calves are taken through to 20 months to reach finishing weight.

Planting of a number of varieties of poplars back in the 80s means every paddock has an area of shade available. These are carefully pruned to ensure there is shade movement throughout the day, mitigating nitrogen and urea hotspots occurring if the bulls are in one place for too long. 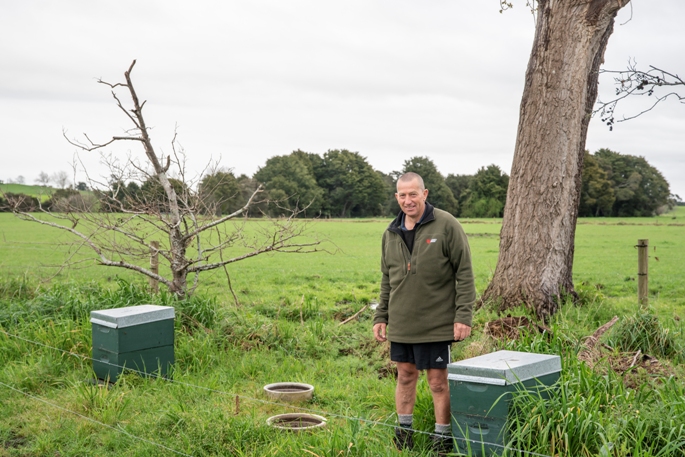 Phil has always been a keen beekeeper, and brought a hive with him 19 years ago. This has expanded to 45 hives, with 20 to 25 kept on farm.

“It’s important that I have an interest that’s outside the day to day work on the farm. But, it’s also beneficial to the farm as the bees pollinate the trees, pasture and home gardens, and the native bush supplies pollen and the food source for them in the autumn, winter and spring,” says Phil.

When the Levins completed their Farm Environment Plan in early 2021, they were happy to find that their work 30 years ago left very little required to meet their Healthy Rivers legislation obligations, and they were advised to just continue monitoring their land.