A composting barn in action

For more than 100 years, there has been an Allcock family member dairy farming on their 450-acre block of land in Ngāhinapōuri, Waikato.

Initially one of the original soldier settlement blocks after the Māori wars, the farm is now owned by third-generation farmers Tony and Fran Allcock.

The farm was split three ways after Tony’s grandfather’s death. Tony inherited his father’s block, and after buying one of his uncle’s blocks, now farms around 125ha of the original land.

The farm is run by their son Lucas, the fourth-generation Allcock farmer, and one worker. Tony fills in as required. 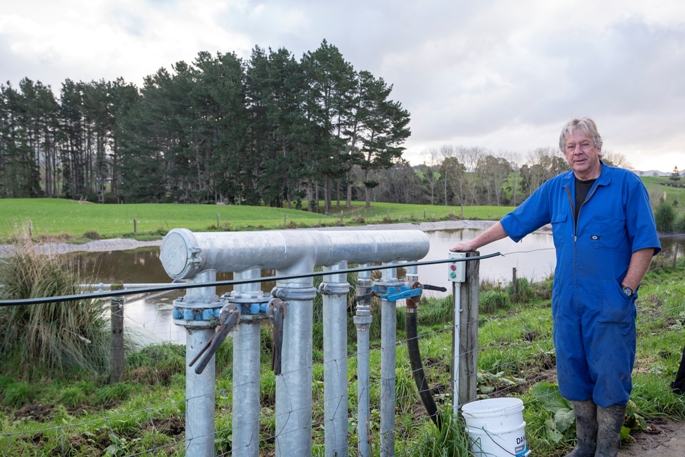 Tony Allcock by the central control system for the effluent. Photo: Catherine Fry.

The land has a good kilometre of boundary with the Waipā River, and is flanked on two other sides by tributary streams, making it an environmental risk if mismanaged.

The Allcocks have taken steps to mitigate this, implementing a series of well-planned and executed actions to protect their waterways and contain their effluent.

“All the waterways are fenced and no stock can get to them,” says Tony.

They milk 275 pure bred Friesians and their dairy platform sits at 97ha, reducing to 70ha in the summer, when 27ha of maize supplement is grown, yielding 750t of dry matter, which is all used.

The farm’s effluent scheme ensures nothing reaches the waterways. A composting barn built in 2014, and the 25-aside herringbone dairy shed share a fully encapsulated concrete area, where all wash down is channelled through a weeping wall into two 30m by 6m tanks.

The solid matter is stored here, while the green water continues into the four million litre in-ground, effluent pond. This water is recycled to wash down the cow yard and emerges through risers to wash down the barn apron. 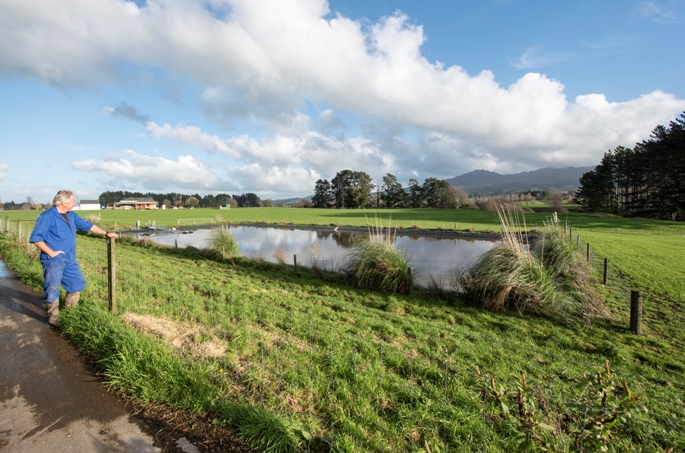 “We have reticulation for 75 per cent of our 97ha and irrigate with the green water from around August onwards.

“The solid matter is spread on the maize paddocks twice a year.”

Initially, the barn was to offer the Friesian herd shade in the summer, and shelter from the winter weather. It would stop them from churning up the sticky clay in paddocks near the river, while providing a place to feed them.

“We learned about the composting barn concept from a farm consultant, and we did a lot of research on how they work.”

The 60m by 43m barn has a lowered, rolled and compacted clay and sand floor, and a 600mm layer of untreated sawdust added on top. This is changed once a year before spring calving starts. 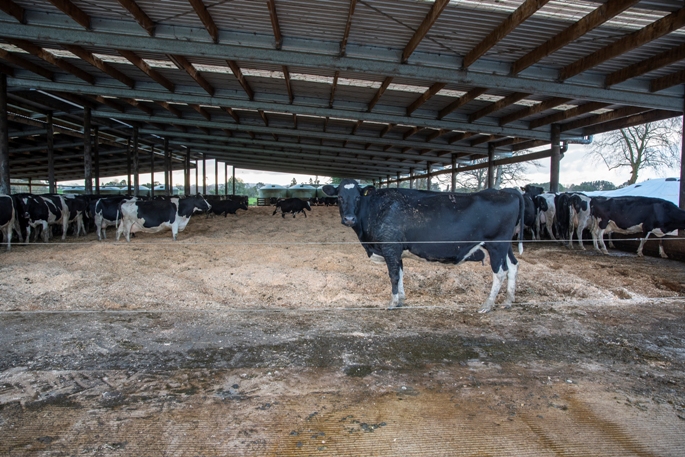 Contented Friesians undercover in the warm and dry in the lead up to calving. Photo: Catherine Fry.

The cows come in twice a day, self-navigating to the barn and food when the auto-timed paddock gates spring open, eating half of their daily supplement ration each time and lying around before milking.

“In summer they stay in the shade of the barn during the heat of the day, returning to the paddock for the night.

“In winter they often contentedly stay in the barn overnight, which means the majority of our calves are born undercover.”

The process fascinates Tony. Although drainage was put into the barn floor, he has never seen any liquid come out.

“The temperature under the surface remains at 50 degrees centigrade most of the year, dropping to 30 degrees as it near the end of its cycle.

“The bacteria from the stock’s solid and liquid waste reacts with oxygen, breaking down the sawdust over the year and producing no unpleasant odours.”

The barn sawdust has to be turned daily between milkings using a soil renovator, and that is all that’s needed for it to dry between use.

Each year the cleared compost is heaped on the barn’s concrete apron, so if there was any liquid run off, it would be contained and safely washed through the weeping wall to the green water pond. 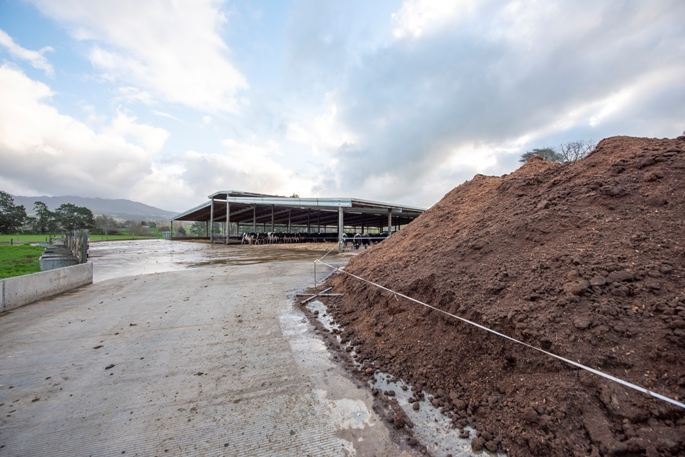 The newly removed compost heaps are on the encapsulated concrete apron, mitigating any risk of effluent draining off and leaking elsewhere. Photo: Catherine Fry.

Being pampered and kept out of extreme weather definitely works for the herd.

“We also had 30 sets of twin calves last season.”

The barn provides 1000m3 of compost a year, which is spread over the dairy platform at the rate of 12m3/ha and a rate of 20m3/ha on the maize paddocks.

Another bonus of the barn is when it rains. Only 90mL of rain on the roof fills eight 30,000L water tanks to full capacity, giving 240,000L of water that is reticulated to all the farm troughs.

“The dairy shed uses filtered bore water, and on the rare occasions that the tanks are dry, we can direct bore water to the troughs instead.”

The Allcocks are proud of their effluent management system, and have met their healthy river legislation requirements ahead of schedule.