From puppy to patrol dog

Of the 80 puppies born each year under the NZ Police Patrol Dog breeding programme, around 50 per cent of the ones chosen as suitable for training succeed to become fully operational patrol dogs.

Team leader of the Waikato Police Dog Section, Sergeant Mark Sandford, is in charge of nine of the country’s 130 operational dogs.

Patrol dogs are German Shepherds, due to their proven history of performing to high standards.

Mark says it is down to the individual dog’s ability and not whether they are male or female as far as suitability and performance are concerned. Males are not neutered, but females are spayed after their first heat.

“They need to be socialised and exposed to many different environments, and sometimes you can tell really early on if a dog is unsuitable for further training,” says Mark.

Their reaction to factors such as crowds, noise, other animals, children, acts of aggression, and new places is important in determining their suitability.

Nine month old puppies attend their first course at the Police Dog Training Centre in Trentham, Wellington, and are introduced to the basics of tracking, obedience and bite work.

“The ones that pass return to their districts to consolidate to be ready for their second course where building searches is introduced, and tracking is further developed.”

Dogs who pass a third course and their assessment for operational training, become operational patrol dogs under a NZ Police Dog Handler such as Senior Constable Richard Clay. 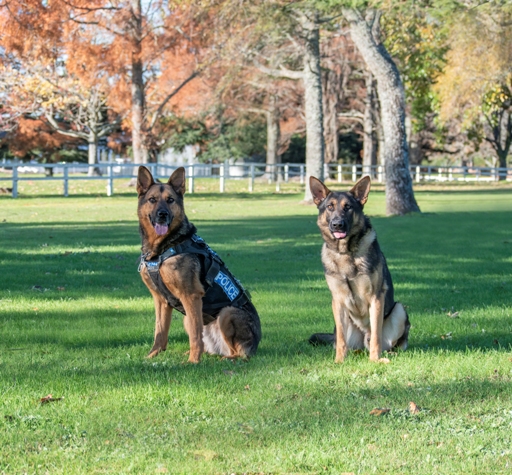 “I have a two-year old called Lycan and there will be a cross over period before he is ready.”

As is usually the case with retired patrol dogs, their handlers keep them and Richard assures that Gabby will live out her days lazing on the front deck of his property.

The cross over takes the handler out of operation for three to four months as they concentrate on getting the new dog fully operational.

All dogs wear a Sabre Tactical MAKO multi-purpose harness, which shields their vital organs from stabbing and slashing.

New Zealand police dogs and their handlers are one of police’s frontline responses, and are used to respond to incidents, track offenders and help to secure scenes. Depending on their handler’s qualifications and the dog’s attributes and training, some specialise in search and rescue, and armed offender work. Detector dogs work with narcotics, cash, firearms and explosives.

The New Zealand Police Dog Charitable Trust welcomes donations towards the acquisition and training of the dogs, and improving police dog bloodlines. 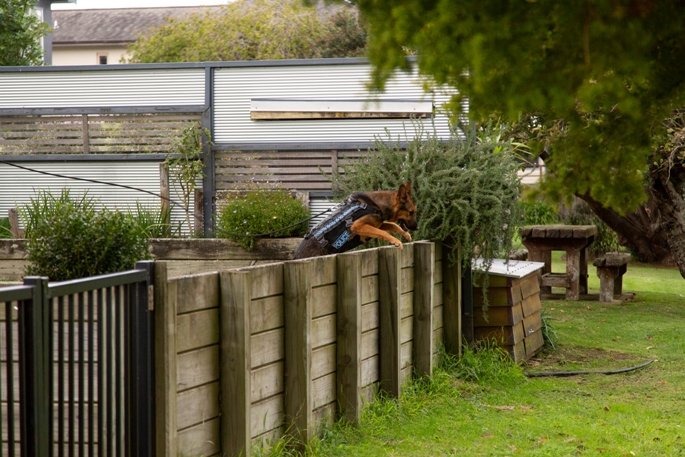