An agroforestry operation combining forestry and free range chickens has opened near Tokoroa.

The 139ha property is set to become New Zealand’s leading egg production site as it develops over the next five years to ultimately be the home of 320,000 laying hens free ranging in the forest’s 90,000 native and exotic trees with eight laying sheds.

The pine, oak, poplar and eucalyptus trees planted on the property will be milled for timber or pulp when they mature. The growing trees will sequester carbon.

The site will produce eggs under the Heyden Farms Free Range brand for egg producer and supplier Better Eggs Limited.

“These values are what have led us to innovate a whole new way of poultry farming in New Zealand that will enable the hens to live in a natural environment from which they originated, while producing eggs in a sustainable manner.

“They will be able to roam and scratch on the forest floor in the shade, shelter and safety provided by the trees and the laying sheds are specially designed to give the birds natural light and ample space to roam around in.

“We are providing the birds with the highest animal welfare and hen enrichment standards.  We sought advice from Australia and Europe that enables us to exceed best practice in many facets.”

The farm is highly automated, which enables staff to spend more time caring for the hens, says Gareth. 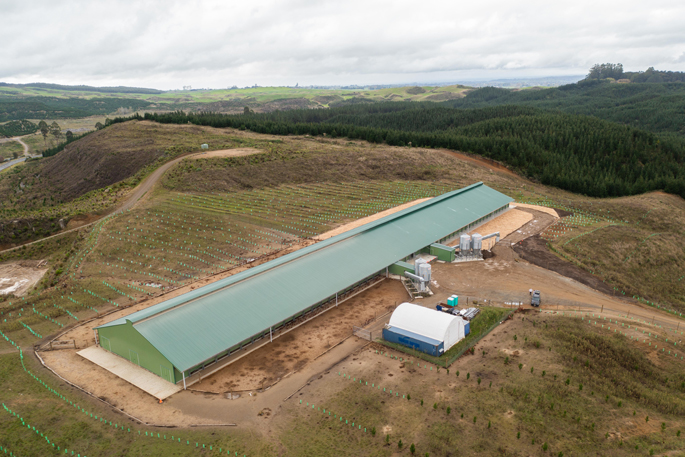 Eggs are transported from the nesting boxes via conveyor belts to a robot that packs the eggs into trays and pallets, which are then collected by trucks for delivery to the existing grading and distribution facility in nearby Lichfield.

The farm will open with 20,000 hens. When fully developed, it will employ around 15 people.

The forest free range site was officially opened on April 15 by Member of Parliament Louise Upston.

“It is fantastic to see this significant investment in our community which will bring new jobs and opportunities to the South Waikato,” says Ms Upston.

“With this long term investment the van der Heyden family is demonstrating their commitment to our community.”

Gareth says the land for the forest farm was purchased in early 2018 and the first shed was completed in late 2020. The second shed is scheduled to be completed in 2022 and tree planting for shed three will get underway in September 2021.

Representatives of each of the original families involved in the business were on hand to assist with the official opening of the new farm.  This includes 89-year-old Justina van der Heyden, Gareth’s grandmother, whose brother and sister-in-law started Heyden Farms in the 1970s. 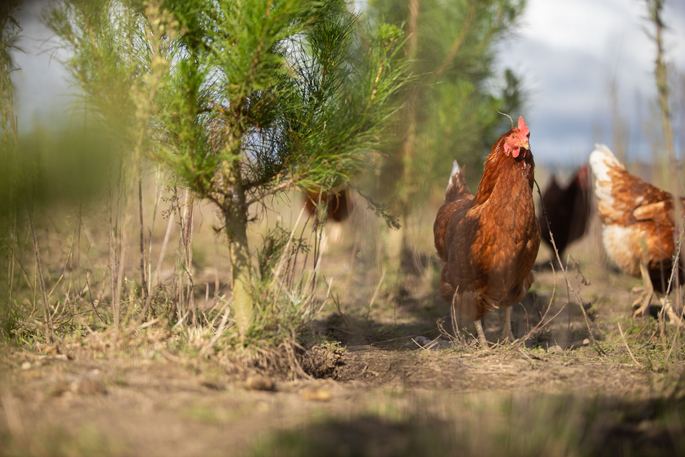