Graeme Browne, or ‘Sonny’, amongst his tractor collection.

And with 35 tractors in his collection – all International – including 18 that are fully restored, he knows what he’s talking about.

His oldest tractor dates from the early-1900s, and the collection traces the history of International tractors, which started life under the McCormick brand, before moving to International, and is more recently know as the Case IH brand.

“I bought my very first tractor for 100 pounds – a Farmall H – in the 1950s and I’ve been collecting tractors ever since,” says Sonny.

The Farmall H is a two-plow tractor, and features the distinctive red colour that International tractors are known for. The H model was so well-liked that by the time it finished its 14-year production run in the mid-1950s almost 400,000 had been sold, making it the most popular individual model International ever built.

Sonny started collecting tractors as a by-product of his work as an agricultural and earthmoving contractor.

“In days gone by I was burying old tractors for my clients, but I didn’t like seeing them getting buried so I’d take them home and start fixing them up. And it went from there.”

While he has purchased tractors, many have been gifted to him. Reluctant to pick a favourite tractor, Sonny highlights the 50” tall Fairway Model A as one of the more unusual models in his collection.

“It was used during the war to pull aeroplanes out of the hangar, so had to be quite low. It was also used for mowing golf courses.”

Sonny taught himself about tractors, and undertakes most of the restoration work himself – everything from engine rebuilding to bringing the tractor exterior back to its former glory with a sandblast and paint.

He sources decals and parts from the United States, and also strips down the unsalvageable tractors for spare parts.

“Getting new parts is reasonably easy. Genuine parts are available from the States – even for the older models. And it’s often cheaper than restoring an old part,” says Sonny.

“One of the great things about Internationals is that the parts often fit more than one model, which makes restoration easier.”

While most of the tractors have been retired from day-to-day farm work on Sonny’s 500-acre Whitianga property, a couple are still earning their keep raking hay.

Like any good collector, Sonny loves showing off his collection and community groups, clubs and local school children are among the many who visit each year to look at the tractors. 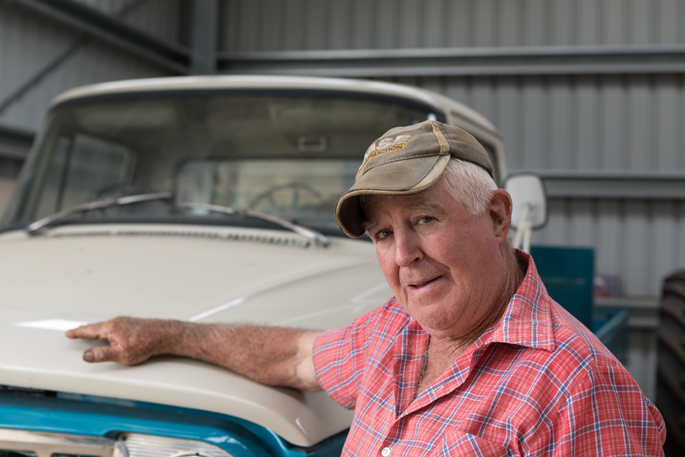