Ross Alexander and his working dogs on his Okoroire farm in the South Waikato.

Since 1993, Ross and his wife Gilly have farmed 376 hectares in Okoroire, South Waikato, in conjunction with 1011hain Taranaki, run by Ross’ brother Lloyd Alexander, and his wife Rebecca. Their parents, Rex and Marion, are also still actively involved in this family business.

On the Okoroire farm, Ross runs 1300 breeding Romney ewes, with 300 stud ewes. Each season he keeps around 400 ewe lambs as replacements, and the rest are for meat. Plus, 120 ram lambs are raised and sold for breeding rams.

The sheep are grass fed, with 10ha of chicory grown for lamb fattening. The property has around 100ha of flat land and the rest is rolling to steep, with an expected annual rainfall of 1800ml.

The family are passionate about breeding Romney sheep that are genetically robust in several health-related areas, where careful breeding can influence resistance to conditions such as worm loads and facial eczema tolerance, among other things.

“My father, Rex Alexander, was a founding member of Advanced Romney Designer Genetics in the 1970s,” says Ross.

“He was an eczema tolerance breeder, and the first eczema-tolerant ram was found in his flock.”

The current Alexander farm is part of the WormFEC Gold syndicate, a group of 14 breeders across New Zealand, dedicated to breeding worm-resistant sheep, as drench resistance becomes more prevalent in NZ.

It is not a cheap process, costing $4.50 per lamb per test, but each farm involved is working to maintain a natural solution to the increasing issue of drench-resistance in sheep.

“WormFEC is a protocol developed by AgResearch to collect individual faecal samples from sheep, and record their worm faecal egg count,” says Ross.

“After weaning in December, every lamb is drenched once. Eight weeks later the mobs are tested using general dung on the ground in their paddocks.

“From these initial results, Techion advise when to start individual sampling each mob.”

Despite the process being such a commitment to the farmer, Ross is passionate about what he’s doing.

“Figures don’t lie. Individual results tell us which ram lambs have low worm faecal egg counts, and which ones have breeding value.”

Ross has not been routinely drenching his sheep since 1994. He’s adopted this ‘wait and see’ approach, checking and observing his lambs, and drenching individuals as necessary. The more worm-tolerant sheep perform better in breeding and thrive, says Ross.

The highly experienced breeder of parasite-resistant sheep, Gordon Levet, who Ross describes as the “godfather of WormFEC”, adopted the “don’t drench and see what happens” approach.

The use of WormFEC testing is just one part of the complex genetics the Alexanders use to breed the best Romney sheep they can, and strengthen the breed genetically. Ross has the benefit of his father’s breeding efforts in regard to facial eczema, and also his own 14 years of experimenting, and DNA sampling at docking time.

Worm resistance and facial eczema tolerance are just two of 22 different breeding values that are recorded for every breeding sheep. The statistics are used to really control the breeding programme.

“AgResearch scientists use the statistics to pick rams for the best genetic fit with each recorded ewe, strengthening the favourable traits even more.”

The ARDG group all work together, and may be matched with rams from other farms in the group in the best interests of desired genetics. For example, this coming season Ross will only be using one of his own rams with his ewes.

On March 20, each ram was put in a mob with 50 recorded ewes, and 60-70 unrecorded commercial ewes, and the next breeding season was started.

“We have 19 million breeding ewes in New Zealand and we need 190,000 rams to service them.

“With only 14 WormFEC Gold breeders in the country, we need many more to get on board and join the group, and increase the number of parasite-resistant sheep through selective breeding,” says Ross.

“Ram buyers are really getting into the records of the sheep they are buying, and new buyers are learning fast.”

It’s a big expense testing the flocks but Ross feels it is important for the long-term growth of the sheep industry in New Zealand as a whole. 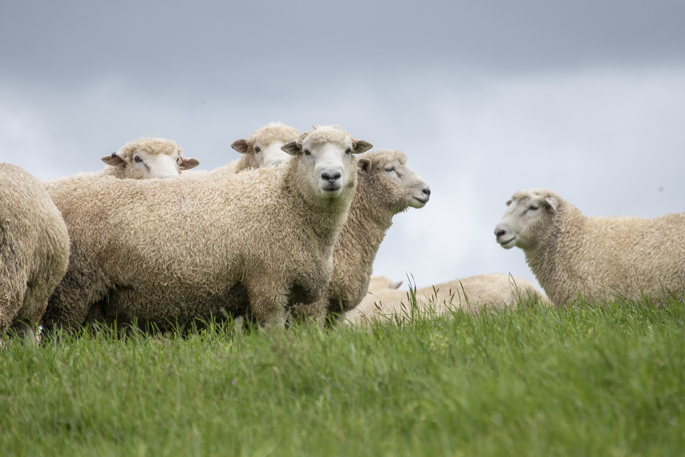