The field day group listening intently under the shade of avocado trees on Motuhoa Island.

A back-to-basics approach to growing avocados has dramatically lifted production and restored beauty to one of Tauranga’s most treasured off-shore islands.

About 3600 avocado trees were planted on Motuhoa Island for domestic and export supply more than 18 years ago but, despite the best efforts fruit volume has been relatively low and irregular.

Under the care and management of lessee DMS Te Puna, production has more than trebled in recent seasons with crop estimates indicating the 2019-2020 season could produce its highest yield yet.

The newly-adopted management style and orchard transformation was unveiled to DMS and Avoco growers during a field day on the island. After starting with a half-hour barge trip leaving from Omokoroa, growers were greeted by the island’s owners and local iwi who presented the Motuhoa Island’s history and its significance to Maori.

Mike Bidois, one of the orchard owners and also the DMS Motuhoa Island orchard manager, and his 2IC, Chris Tangitu, spoke on behalf of iwi. They revealed that in the late-1800s, there were 2000 Maori living on the island, and 21 marae.

“There’s a lot of history here and this island has provided for our people in a lot of ways,” says Mike. “What’s great now is the investment we can see being made to fulfil the orchard’s potential and secure a better future for our young people.”

That investment has included recruiting technical consultant Lindsay Heard in 2017 to provide the DMS avocado orchard team with advice on fertiliser inputs, pruning and strategies to improve fruit set.

The 2016-2017 harvest netted only 300 bins; the equivalent of just over three tonne/ha. Lindsay’s first impression of the orchard was that the trees were in good health but required heavy pruning and additional leaf mulch.

“With trees carrying such low fruit numbers, they needed pruning to open them up.”

DMS Te Puna’s general manager of avocado business development, Phil Chisnall, says the company’s relationship with Lindsay is one of DMS’ key strategic partnerships which has contributed to the orchard’s dramatic lift in production.

DMS and its pruning contractors have opened up all trees on the island and have a policy of removing dead wood to help reduce wind rub and help alleviate fungus/bacterial disease pressure. A more open canopy policy also optimises spray coverage, resulting in higher class 1 pack outs.

They’ve also removed 1200 willow trees that were planted as shelter when the island orchard was established. Trimmings from the avocado and willow trees have been mulched and applied to the base of each tree to improve their health.

Along with improving the health of their trees, DMS’ back-to-basics management style has also seen a greater focus on cleaning up the island. “We have a plan to further improve the Island’s ecosystem with a real focus on sustainability,” says Phil.

“The more production we do allows us to reinvest in the island and in the whanau. We want to keep tidying up the whole island and bring its beauty back.” 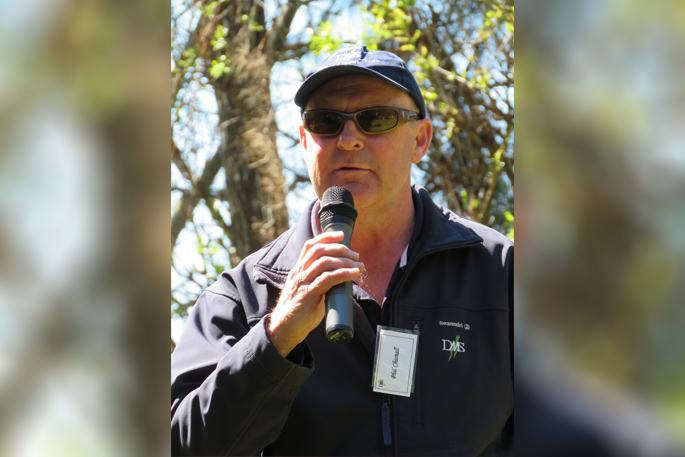