Interest in Maui Milk’s offer of multi-year contracts to sheep-milking conversions in the greater Waikato is high – and the phones have rang louder since freshwater policy reforms were announced last month.

The Taupo-based sheep-milk company made the offer early-September after securing a supply deal with global giant in early childhood nutrition, Danone, which is launching a sheep milk toddler formula.

Maui has two farms running 6000 ewes on the western shores of Lake Taupo – with flocks it has bred from imported semen and embryos from Europe.

General manager Peter Gatley says Maui Milk has had contact with Waikato farmers in the last two-three years interested in the concept – to supply free-range, grass-fed dairy sheep milk to its company.

“As expected, the announcement we’re working with Danone has absolutely lifted the level of interest.

“And in the last few weeks there’s been another surge of interest based on changing environmental regulations – this has really motivated farmers to look at their options.”

Peter is “flat out” dealing with potential new farm conversions. “Certainly one constraint is the number of sheep available. We’ve known about this for 18 months but couldn’t talk about it until last month.

“But, because we knew, we’ve done a fair bit of breeding and created a number of ewes we’re holding and can make available to farmers to help them hit the ground running next year.”

Maui only needs a small number of conversions initially – within two hours of Hamilton where milk is processed at Innovation Park. “The easiest and most cost-effective conversion is a small dairy farm between maybe 50ha to 80ha.

“Conversion from dairy cattle is low-cost and we’re offering multi-year contracts at a payout equivalent to $3 per litre. We can supply pregnant ewes during winter so a farm can dry off cows in autumn and be milking sheep next spring 2020. We could supply enough ewes to stock five or six farms.”

In comparison with a typical Waikato dairy farm, Peter says sheep-milking shows a better return per hectare, especially on farms 50-80ha. “The system is all grazing, no barns are required, and the lactation is shorter than for cows. And the environmental footprint is similar to sheep and beef farming.”

With a few farmers progressing rapidly with conversion plans and others interested, Peter says they’re looking for farmers who can tick the boxes Maui Milk require to ensure success, but there’s no guarantee contracts will be available after the first wave.

“The first wave will automatically result in increasing milk volumes over several years because each season they’ll have more ewes, improved genetics, a better age profile and famers will quickly learn how to get the best out of them. Milk production will grow rapidly, say 20 to 30 per cent compounding, for the first several years.

“So it’s not definitely an opportunity for someone to start in 2021, or 2022 – the opportunity is for those who can milk in spring 2020. And it is very doable – small dairy farms already have races, small paddocks, and sheds that are easily converted.”

Chairman Paul McGilvary says the company is also working on complementary products to sell under its own brand. “Whatever form the product takes, we see grass-fed sheep milk as the perfect fit for brand New Zealand.” 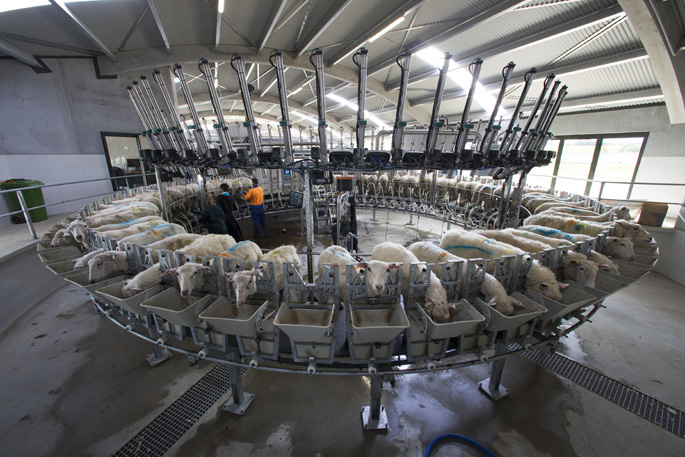 Small businesses could benefit from agritech too

A big crop set for the BOP and the Far North

FAR recognises one of its own

King of the prairies

Small businesses could benefit from agritech too

A big crop set for the BOP and the Far North

FAR recognises one of its own

King of the prairies